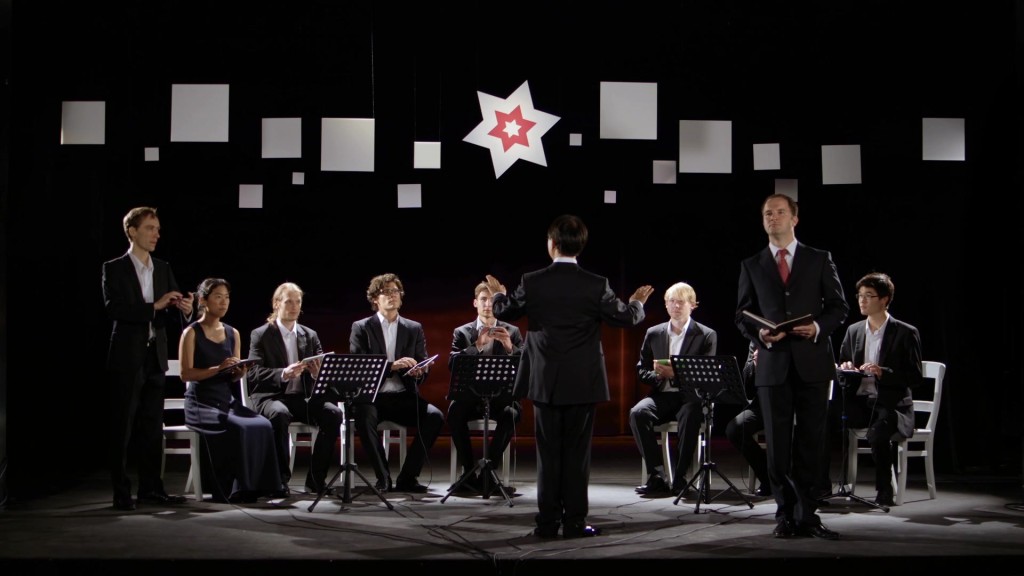 For two year now, the DigiEnsemble Berlin has explored the opportunities of mobile music. This aria, however, is a very important step in the course of the musician’s quest, due to the high qualitative aspiration and requirements of the piece. The DigiEnsemble Berlin physically premiers the piece together with the singer Roman Trekel at the Berlin Cathedral on the 16th December 2012.

The realization of the musically challenging aria is a culmination for the quest of acquiring virtuous playing techniques with smartphones. Matthias Krebs chose this aria consciously with the intention of accomplishing a signifying step in the ensemble’s development. Experts like music professors from the Berlin University of the Arts were consulted to optimize the musical adaption and musical interpretation.
Furthermore, the technical level was enhanced by utilizing a number of elaborate controllers. An important sound quality improvement for this musical interpretation was enabled by a new motion control app called “MIDI In Motion” by Florian Schwehn.
In the process of the project, the digital devices became serious musical instruments on a high level of proficiency and differentiation that has not been reached before.

The realization of this video came about in cooperation with the Deutsche Telekom which backed the video and studio recordings in summer 2012 involving Markenfilm and the Emil Berliner Studios. The DigiEnsemble Berlin is very grateful for this cooperation.

Furthermore, the DigiEnsemble Berlin had the chance to use the video material for its own version. Matthias Krebs was in charge of the production, appreciably supported by the cutter Liesa Rademacher from feinfilm. They aimed at giving a close view to reinforce the musical impression. 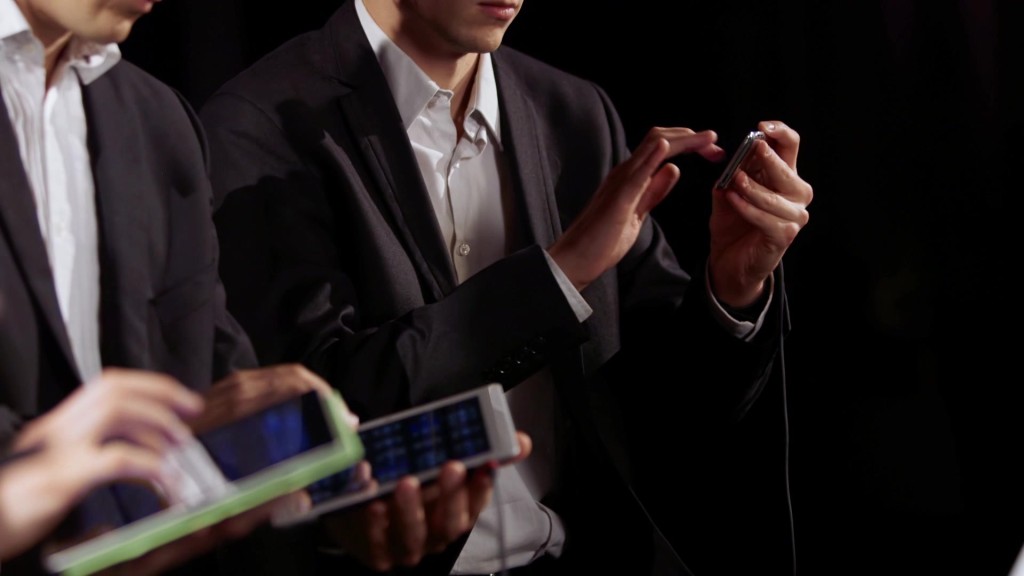 The entire sound is created on the digital devices themself. Therefore, three apps run simultaneously. These are ThumbJam as a sampler for all instruments, Geo Synth as the instrumental surface and “MIDI In Motion” as a motion controller of volume (Schwehn has provides us with a beta version), connected via virtual midi.

Many THX to Gesa Meynen and GRIMM GALLUN HOLTAPPELS.

The film was shot on 20th September 2012 at the old theatre stage of the Heimathafen Neukölln in Berlin. The video was release on the 17th December 2012.